Gasoline is once again being viewed as a marginal product as oversupply looms in Q4 19. But with IMO 2020 and US Tier III standards set to kick in, the gasoline market should be able to catch a break. Slow demand growth and excess supply have weighed heavily on gasoline in recent years and while there does not look to be any change coming in the demand trajectory, supply is about to get tighter because of the emergence of very low-sulphur fuel oil (VLSFO) as a major source of clean marine fuel, which means gasoline and bunker markets are going to be in competition with each other for feedstock.

The view that IMO 2020 is going to be manageable without major price spikes and disruptions has slowly become the market consensus. The large increase in refining capacity over 2018-20, shifts in product yields, changes in crude slates and better segregation of existing product streams means refiners are better equipped than ever to produce the compliant fuel required to replace some 3 mb/d of HSFO bunkers. We raised our estimate for VLSFO production to 1.2-1.4 mb/d last month and see upside to that figure still, especially as shipowners seem to be a lot more accepting of the fuel than before.

This means summer-grade gasoline looks cheap at current prices. IMO 2020 is going to put a floor under gasoline, but will not save the day because oversupply is still a threat, particularly with huge amounts of NGLs still being produced. But VLSFO is looking more important a solution for IMO by the day, while marine gasoil (MGO), which so many people in the oil market had seen as the main solution to IMO 2020, is fading in importance. This means the competition between gasoline and VLSFO will be greater than many think.

Ultimately rising VLSFO supply means that higher quantities of high-density feedstocks like VGO and residual fractions, which are currently processed in FCCs or RFCCs respectively, will be pulled into the bunker pool at the right price. Evidence of this practice is already visible in Asia, where refiners equipped with RFCCs are looking closely at the VLSFO market. Recent cash deals put bunker quality VLSFO at a modest $7 per barrel discount to diesel and at a premium to crude oil. Based on our experience of past specification changes, VLSFO is unlikely to drop much in price and is likely to price at a 10-15% discount to MGO.

More competition means that prices of low-sulphur blendstock will rise and given the poor state of global FCC margins in both the spot and the forward market, it becomes a lot more logical for refiners to trim FCC rates and divert feedstock to the marine fuel pool instead. IMO 2020 offers a ray of hope for gasoline in the form of an alternative outlet for FCC/RFCC feedstock.

Next year will bring the need for full compliance with US Tier III gasoline sulphur regulations, which will back out marginal high-sulphur naphtha from the US gasoline pool. As octane balances tighten, this will further help put a solid floor under gasoline prices, but it too is no panacea to the global oversupply in light ends. Booming LPG production means naphtha prices will remain weak and that light ends will continue to fight to get into the gasoline pool. But with the supply pool for gasoline shrinking, IMO 2020 may not be able to deliver a knockout blow, but it will hit hard enough to shake the market out of its complacency. 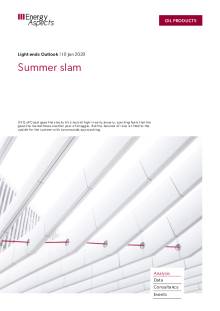 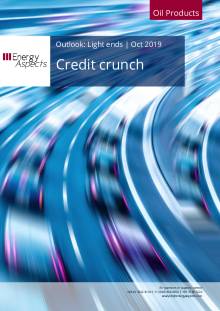