After falling to 44.3 mb/d in July, the lowest level since August 2017, global waterborne exports are expected to rebound only slightly by October. Although lower demand expectations and the escalating US–China trade war weighed on crude oil prices in August, supplies remain tight. Saudi Arabian exports remain under 7 mb/d (excluding Bahrain) and Iranian exports are expected to stay very low, at around 0.3 mb/d, amid US sanctions. As such, significant crude volumes remain off the market despite Venezuela having stabilised production around 0.74 mb/d after repurposing upgraders as blending facilities, and Libya’s Sharara field restarting after two shutdowns.

The US–China trade war continues to disrupt trade flows. Unipec will continue to purchase US cargoes, as the company has been staging US crude through the Caribbean and Panama into the Pacific, but it is likely to resell those barrels. Instead, Chinese refiners will be forced to procure more European, Russian and African crudes to replace lower Iranian volumes. With refinery margins improving, crude grades will continue to strengthen. This will be most pronounced in distillate-rich crude grades as IMO 2020 approaches.

Chinese demand has started to return for the September and October crude cycle, which combined with Libyan outages to eliminate a West African overhang accumulated in July and August trading following the closure of the 0.35 mb/d Philadelphia Energy Solutions (PES) refinery. Consequently, crude movements from Africa to Asia will rise for the next several weeks. We believe Asian buyers also increased US purchases for September loadings, weighing on Atlantic basin crudes (alongside the PES closure) and resulting in a weak September Brent expiry. South Korea has emerged as the top importer of US crude in July, and alongside India, Taiwan and Thailand, constitutes a growing baseload of US crude demand in the Far East.

Economics for moving US crude to Europe weakened significantly in mid-August after the WTI discount to Brent narrowed to -$4 per barrel as new Permian pipelines help debottleneck the inland US. A significant loss of USGC sour production due to Hurricane Barry briefly opened arbitrage for foreign sour parcels into the US, but the arb shut after returning production prompted a sell-off.

Saudi Arabia raised September OSPs for Europe, thus eliminating the arbitrage there despite higher Urals prices. Indeed, we expect a sharp decline in Saudi loadings to US and Europe in September. Stronger West African differentials have made those cargoes unattractive in Europe, especially medium sweet grades like Girassol. Although the Druzhba Pipeline has restored most of its 1 mb/d throughput for inland European refineries, the prolonged organic chloride Urals disruption across Europe has forced local refiners to explore slate diversification strategies to ensure security of supply. As such, waterborne imports into Gdansk and Rostock continue.

The Brent complex weakened after the PES fire such that the Forties arbitrage has opened into Asia, and at least four VLCCs have already been fixed from Hound Point to Asia in August. Asia remains relatively attractive for most grades with resilient Oman, Dubai and ESPO prices and we expect the Brent complex to recover from here. 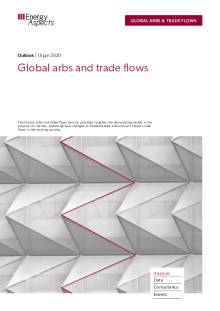 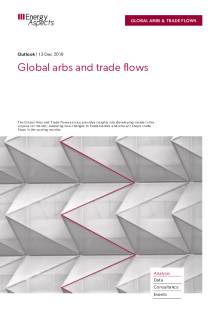 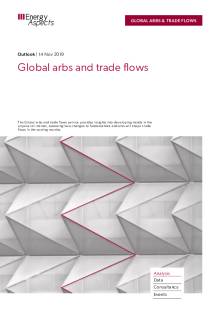 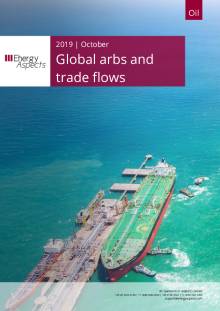 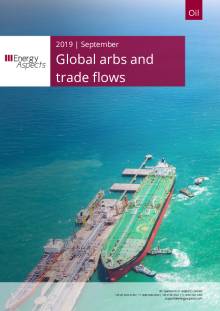