Shrouded in so much uncertainty, the market is in a difficult spot right now to position for the next move. Demand is definitely soft and refining margins are under pressure. Crude differentials and timespreads should soften (and they are off the highs already) and Brent and Dubai spreads should both ease. But with supplies still falling faster than demand, the downside will be limited.

Indeed, Iranian exports have plummeted to below 0.2 mb/d, with around 0.6 mb/d of May loaded cargoes floating without homes. Venezuelan exports remain low, Saudi Arabia continues to keep its exports in check and Russian production is now starting to fall sharply as storage has filled up following the closure of the Druzhba pipeline. Outside of the US, supplies continue to disappoint.

While we think that the US has chosen to de-escalate the military rhetoric towards Iran, it has not changed its policy of maximum economic pressure, evident in the latest sanctions on Iran’s petrochemical sector. So, the back-channel contact between the US and Iran is pre-negotiations—or rather, talking about whether there is any potential for negotiations. Iran has very clear red lines around what the US needs to offer for talks to take place: lifting of economic sanctions.

Still, with Novak and al-Falih both raising expectations the OPEC+ deal will be rolled over (while our sources suggest Russia is pushing to extend but with a higher output target), the market could be in for a bumpy ride in the next few weeks. Similarly, expectations that Xi and Trump will resolve the trade war at the G20 summit may also be too optimistic as both sides are girding for a longer confrontation. While the global economy isn’t collapsing and macroeconomic data are still mixed, recession fears due to trade wars and uncertainty around OPEC will keep oil prices in check. 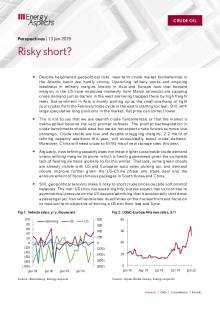 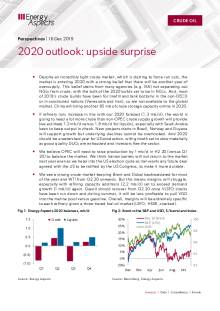 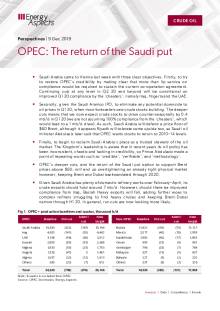 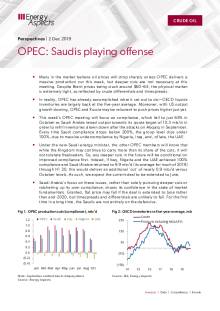 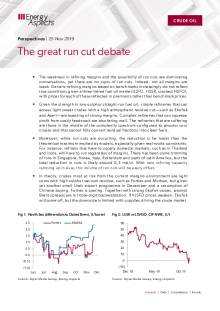