The recent bullish performance put in by fuel oil is hardly a sign of a market which is poised to become obsolete in a year’s time. Falling Iranian supply, sliding West of Suez production as refinery upgrades continue to destroy fuel oil and still strong demand has kept on specification fuel oil tight at in Asia. The steep backwardation that has persisted for a while means there is little inventory on hand either, meaning in parts of the world such as Fujairah, concerns over availability are soaring.

This month’s collapse in crude prices likely added support to fuel oil by constraining Russian fuel oil exports, in a taste of what may happen at times after IMO 2020. The last time export duties mattered to the fuel oil market was in late 2015 and early 2016, when the plunge in oil prices below $40 per barrel rendered Russian exports uneconomic. The situation is not as dire currently, today. Exports are still profitable, but netbacks have plummeted, giving refiners plenty of reasons to hold back shipments if they can. Towards the end of this month, fuel oil export netbacks for some refineries were probably close to $140 per tonne.

Further tax changes are due in January 2019 as export duties will be cut and wellhead oil taxes raised, which will boost Russian domestic crude prices and hurt local refining margins. Russian officials acknowledge that refinery runs could fall by 0.1 mb/d or more because of the tax changes, and this decline is likely to be at smaller refineries. Russian mini-refineries process some 0.15 mb/d of crude and produce around 0.18 Mt per month of fuel oil so the impact on the fuel oil market could be larger than expected.

Late next year the picture could be more challenging. If fuel oil cracks fall back towards the -$18 per barrel level that October 2019 crack swaps were trading at in September, and if high-sulphur fuel oil components trade at a discount to the HSFO swaps price, then it is entirely possible that the netback value of Russian fuel oil could be $100 a tonne or less in October 2019. If so, then it seems likely to us that at least some of the global fuel oil surplus will end up being stored in Russia itself or perhaps being spiked back into Russian crude for export as the returns from exporting fuel oil will be modest at best. The Russian government will likely step in to support local refineries but this is unlikely to happen before Q1 20.

Robust fuel oil pricing will attract additional supplies, however, particularly with RFCC margins in Asia looking poor. Pakistan is exporting small volumes of HSFO as urban pollution problems have reared their head again this winter, leaving local refineries struggling with fuel oil containment challenges. This is a stop-gap solution, however, and does little to address the fuel oil lakesfundamental weakness in fuel oil supply that is underpinning the rally.

The drop in fuel oil exports is a welcome development in the lead up to and during IMO 2020, together with the losses in heavy and medium sour crude production. Refinery upgrade projects to destroy fuel oil and the possibility that a lot of Russian fuel oil stays within the country given upcoming tax changes mean that the amount of excess fuel oil outside of Russia from late 2019 onwards may not be nearly as high as initially feared, which suggests a fall in international prices to parity with coal may not happen. 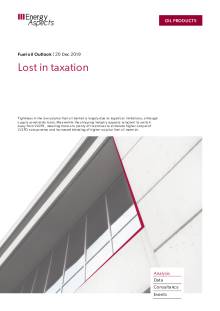 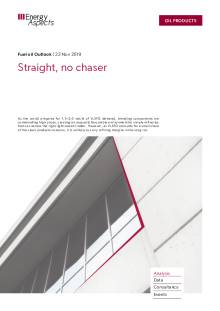 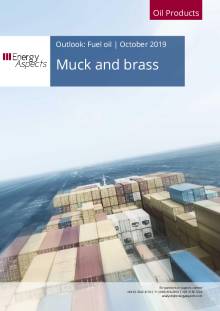 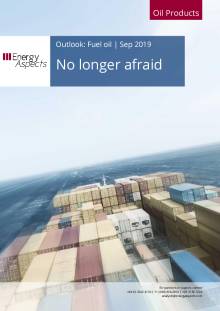 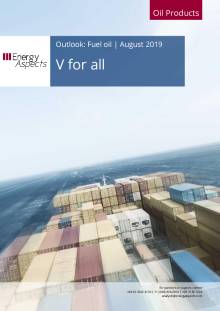