Fundamentals is our monthly review of global oil data, this is the January 2017 edition.

Even though all the focus and talk in the market has been about supplies of late, we have to highlight the strength in oil demand that has dominated the largest change in our balances this month. Indeed, global oil demand estimates for 2016 were revised higher by 0.20 mb/d, the third straight month of hefty upward increases, due to better-than-expected performance in the OECD. The bulk of the revision was made to Q4 16, revised higher by 0.34 mb/d (of which the OECD accounted for 0.33 mb/d), as much colder weather than Q4 15 dragged oil demand higher.

In fact, it is easy to forget just how low the base of Q4 15 and Q1 16 was, particularly in the OECD, suggesting that there is further upside risk to our demand estimates in the near term. But equally, even non-OECD demand is starting to fare better, that too with a slowdown in Indian demand expected in Q1 17 following the demonetisation decision taken in November 2016. The recovery in mining and multiple governments’ pivot towards fiscal policy are supporting diesel demand, and this has been evident in Asian products cracks, supported further by a plethora of unplanned refinery outages.

Despite refinery outages and hefty planned refinery works, crude differentials are faring well, especially the medium and heavy sour grades, which should hardly be a surprise given the bulk of the OPEC cuts are in the heavier grades. Still, the road to clearing stocks is a long one ahead. Following the release of the latest stocks data, it is clear that the global inventory overhang fell below 400 mb at the end of 2016 on our estimates, with the OECD overhang just below 300 mb. Assuming 1.3 mb/d of demand growth, it would take a year of OPEC cutting output by 1 mb/d to run down this overhang, as one also has to allow for US shale production to grow and offset some of these cuts. So only if we get a large unplanned outage, either in Libya or Nigeria, or in any other large producer country, could inventories run down faster. Without a catalyst, the market will struggle to break higher, especially given the high non-commercial net long positions, as per the CFTC and ICE data.

OPEC compliance has been good so far in January, at over 80%, but production had already started to decline in December 2016, led by disruptions in Nigeria. Saudi Arabia and Kuwait have gone above and beyond what they are expected to cut, reducing output by 0.1 mb/d more than the 0.62 mb/d combined target agreed, based on statements from the country’s ministers. Still, October and November 2016 OPEC production and export volumes were at multi year highs as producers maximised output ahead of the deal to cut production, and so, there is a decent volume of overhang that needs time to be run down. We expect crude stockdraws to accelerate from Q2 17 onwards and expect total liquids stockdraws of 0.7 mb/d across the year. 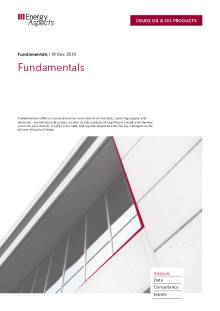 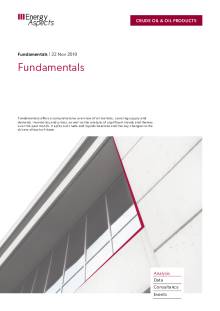 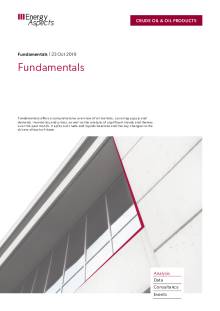 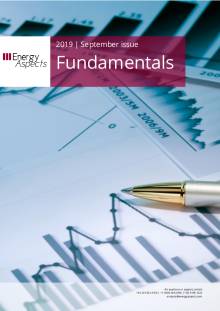