Asian LPG markets have found a floor for the time being as Chinese imports and demand from regional ethylene crackers have both picked up again. Floating storage has stopped accumulating for now, having peaked in late-August. Nonetheless, this looks like a temporary reprieve rather than a permanent shift. The propane market must still contend with yet another take-or-pay contract-based US export terminal—due to start operations in Q4 16.

The predominance of these contracts, and the excess export capacity now available, is the main driver in international LPG spreads. Excess US export capacity means Asian markets can become quickly oversupplied even if the arbitrage is uneconomic on paper, since it is often preferable to lift a cargo at a small loss rather than pay a hefty cancellation fee. But, if US propane production falls short of what is needed to meet both export and domestic demand, these contracts could lead to a rapid decline in US propane stocks, particularly during the heating season.

This is not to say that the market cannot find a way to balance. Spreads between Asia and the US became so unappealing that traders cancelled up to 10 export cargoes in August, helping cut US exports to Asian markets to perhaps as little as 0.2 mb/d. But prices need to stay low enough to incentivise cargo cancellations. September shipments to Asia are on track to rebound as the continued decline in freight rates has made exports appealing once again even in the face of high stocks in the Asia-Pacific region.

Time-charter-equivalent day rates for a VLGC on the benchmark Ras Tanura-Chiba route have fallen to $5,400, less than half the $12,000/day rate from early August as the glut of new long-range gas shipping shows no signs of abating. Rates have declined despite traders taking full advantage of the rock-bottom rates to hold cargoes against the contango, either by slowly sailing ships to markets in Europe and Asia, or through floating storage. The number of VLGCs floating off the coast of Singapore has grown to 10, up from seven at the beginning August but a fall from 15 at the peak in late-August.

Nevertheless, supplies are rising globally. US NGLs production, led by ethane thanks to stronger fraction spreads, has risen by over 0.3 mb/d y/y in H1 16. Middle Eastern NGLs production is also on the rise in both Iran and Saudi Arabia. The start of the Wasit gas plant in Saudi Arabia has added 0.24 mb/d of NGLs and we believe the plant is fully operational now.

In the West of Suez, seasonal heating demand will start to pick up in September. Assuming both a normal winter and 95 mb of propane in US storage at the end of August, we see US inventories falling to a still-healthy 60 mb in March 2017. In the near term the market has likely bottomed out—although as US export infrastructure comes online in Q4 16, it will likely lead to new episodes of oversupply unless a very cold winter runs down stocks. 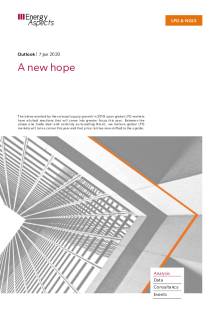 At first blush, 2020 looks like a carbon copy of last year, with supply overwhelming demand all a.. 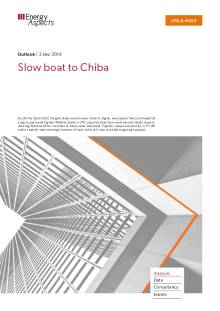 A tale of two months 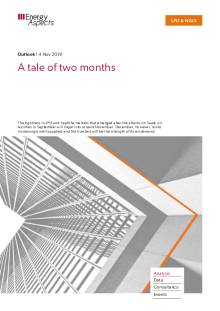 The tightness in LPG and naphtha markets that emerged after the September attacks on Saudi oil fa.. 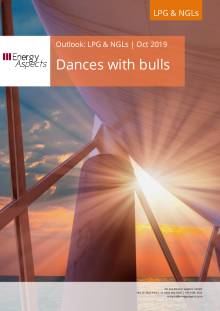 The attacks on Saudi Arabian energy infrastructure have prompted a rethink across LPG markets. Wh.. 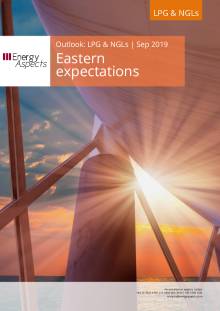 With the imminent start of the winter season, several trading shops have assumed significant bull..